Calix will use funds to accelerate deployment of lime and cement decarbonisation technology.

Calix is pleased to announce global decarbonisation investor Carbon Direct Capital Management has invested €15m for a 6.98% equity stake in Calix subsidiary, the LEILAC Group, which is dedicated to the commercialisation and ongoing development of Calix’s LEILAC CO2 capture technology.

Calix will continue to own the remaining 93% of the LEILAC Group.

In addition, as part of the transaction, Calix has entered into a licence agreement with the LEILAC Group under which it will retain 30% of royalties earned by the LEILAC Group from deployment of the technology, regardless of Calix’s equity stake in the LEILAC Group. The LEILAC Group will operate autonomously, with its own management team and a Board composed mostly of Calix directors, with one appointee nominated by Carbon Direct.

The LEILAC Group, comprising Calix (Europe) Ltd (UK) and its subsidiaries, is the exclusive licensee of Calix’s Low Emissions Intensity Lime and Cement (LEILAC) CO2 capture technology.  LEILAC technology was successfully piloted at 25k tonnes per annum scale at HeidelbergCement’s plant in Lixhe, Belgium, and is being scaled up to 100k tonnes per annum scale in the “LEILAC-2” project for a HeidelbergCement plant in Hannover, Germany. Further commercial pilot plants for lime production are under development with Tarmac, the UK division of CRH, and AdBri in Australia, among others.

Pottinger acted as financial and strategic advisor to Calix on this transaction, and Hamilton Locke acted as legal advisor.

Along with existing capital already invested in the LEILAC Group, Carbon Direct’s investment will be used by the LEILAC Group to accelerate and continue to de-risk deployment of the LEILAC technology, both technically and commercially. Technically, additional resources will be deployed in engineering and research to speed optimisation. Commercially, new resourcing in business development, especially project development and CO2 use or sequestration, will be deployed to help develop complete project solutions for customers. A new CEO will be appointed to run the business as a stand-alone entity.

The investment marks the conclusion of work led by Pottinger to accelerate commercialisation of the LEILAC technology and identify the optimal financial and strategic partner(s) to support this the business’ critical next phase of development.

“As each of these businesses become independent commercial entities, they will remain joined at the hip” technically with Calix, which will continue to support development of the core intellectual property.  Over time, growing royalty income from these companies will also support the development of new applications of the IP and associated technologies,” Mr Hodgson said.

He said the investment by Carbon Direct will help accelerate the development and deployment of the Calix Technology for cement and lime decarbonisation.

“The recent Intergovernmental Panel on Climate Change (IPCC) report was unequivocal in saying that to reach the stated 2030 goals on climate change, CO2 emissions have to be reduced. LEILAC Technology is an option that is being deployed now to meet this urgent need.

“Carbon Direct coming on board is a strong vote of confidence in Calix’s LEILAC decarbonising technology, following on from endorsements and partnerships with industry leaders such as HeidelbergCement, Cemex, Lhoist and Solvay.

“The investment will assist us in accelerating the deployment of the technology into the carbon capture and storage landscape, with additional resources covering technology research and development, CO2 logistics, use and storage, and whole-of-project expertise, while our technology gains more exposure in global markets outside of Europe.

“The deal also represents our first material portfolio transaction in our stated strategy to farm-in equity to deploy our technology commercially. We believe this strategy adds speed and focus at a critical time in the technology commercialisation journey, and leaves the head company to focus on what it does best – supporting our technology and developing the next global, disruptive applications.”

“We are very impressed by the technical and commercial rigor of the LEILAC team, and plant partners are outspoken in their excitement about LEILAC.  We are delighted to support Phil, Calix, and the LEILAC Group as they seek to scale LEILAC into cement and lime plants around the world,” Mr Goldberg said.

“Both Carbon Direct’s investment team and its scientific advisory team, which now includes 46 globally renowned CO2 scientists and project managers, are available to assist the LEILAC Group on subjects including capital markets, regulations, commercial development, and technical development.  Our entire firm is dedicated to helping technologies such as LEILAC to scale.”

Pottinger Executive Chairman Nigel Lake added: “Great engineering and technology alone are not enough: to have a transformational impact on an entire global industry takes a dedicated and well-resourced business. The investment by Carbon Direct marks a critical inflexion point for both Calix and the LEILAC Group as decarbonisation of the construction sector begins in earnest.”

Carbon capture is needed to reach the UN climate goals

Global decarbonisation efforts are accelerating. For example, in June 2019, the UK Government became the first major economy to commit to net zero CO2 by 2050 and is heavily supporting decarbonisation efforts through funding under the UK Department of Business, Energy and Industrial Strategy £1bn Net Zero Innovation Portfolio. In 2021, the European Union unveiled a plan to slash its carbon emissions by 55% before 2030 and impose border tariffs on countries, including Australia, that do not have some form of carbon price.

Cement production is the world’s single biggest industrial cause of carbon pollution, responsible for up to 8% of global emissions, producing more than 4 billion tonnes of CO2 per year. Cement is the primary ingredient in concrete, the second most used material in the world after water. Meanwhile, the global production volume of lime was approximately 330 million tonnes in 2020, with myriad applications beyond cement including the manufacture of aluminium, asphalt, copper, glass, gold, lithium, plasterboard, silver, solar-grade silica, steel, table salt and toothpaste. Lime is also used in agriculture and for water and sewage treatment.

The patented LEILAC kiln design separates CO2 emissions arising during lime and cement production without significant energy penalty.  The LEILAC kiln is being developed to use a variety of input fuels and is also easily electrified, enabling complete decarbonisation of production by switching to renewable energy.

LEILAC technology was successfully piloted at 25ktpa scale at HeidelbergCement’s Lixhe Cement plant in Belgium, and is being scaled up to 100kTpa scale in the “LEILAC-2” project for a HeidelbergCement plant in Hannover, Germany. LEILAC-2 is targeted to be in production by late 2023 / early 2024, and is being funded by €34m from the EU Horizon 2020 scheme through a combination of cash and in-kind contributions from industrial partners. In addition to HeidelbergCement, industrial partners helping in developing the technology include Cemex, Tarmac, Cimpor, Lhoist, Engie and Solvay. 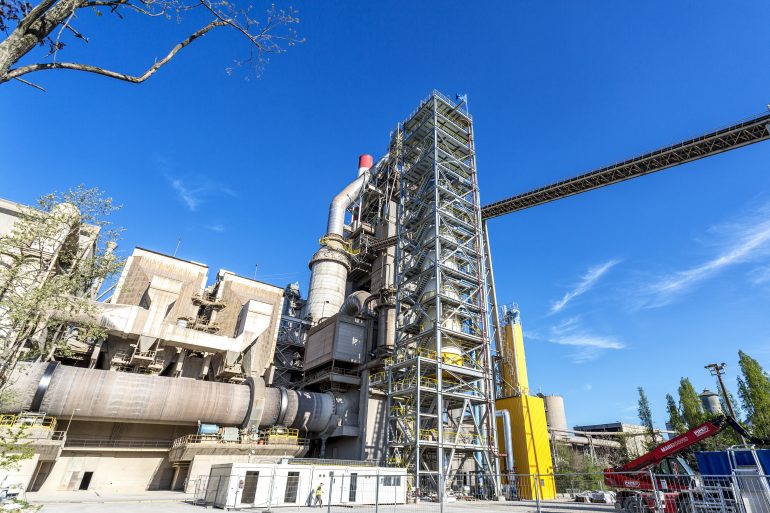 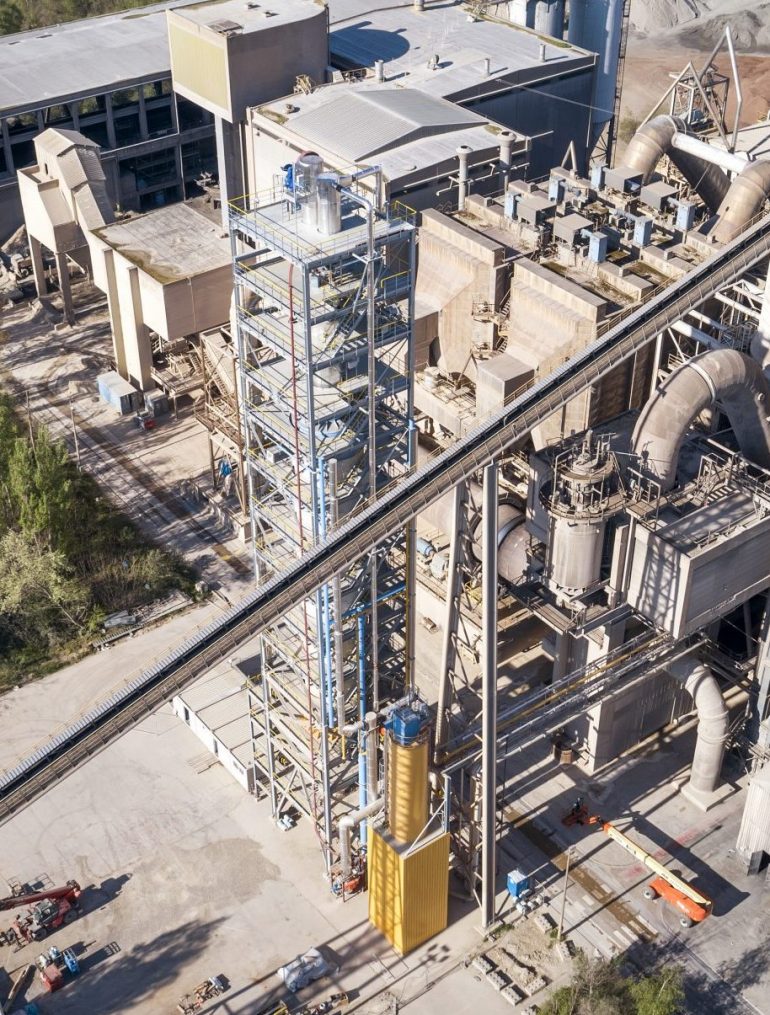 Calix at the Australian Carbon Capture, Utilisation and Storage Conference