Improving the sustainability of aquaculture

World population is expected to grow to about 9 billion by 2050. Aquaculture has become the fastest growing food-producing sector, but productivity is already highly stressed by excessive fishing pressure, growing organic pollution, toxic contamination, and climate change.

Calix AQUA-Cal+ is a water conditioner that safely improves water condition, reduces stress on animals and leads to increased harvest weight and survival rates, while reducing energy costs and protecting the environment.

The population growth, a renewed focus on biofuels, and on food quality and safety is putting increasing pressure on agriculture. The need for innovative crop protection chemicals that can sustainably increase productivity and produce healthy and nutritious food has never been greater. 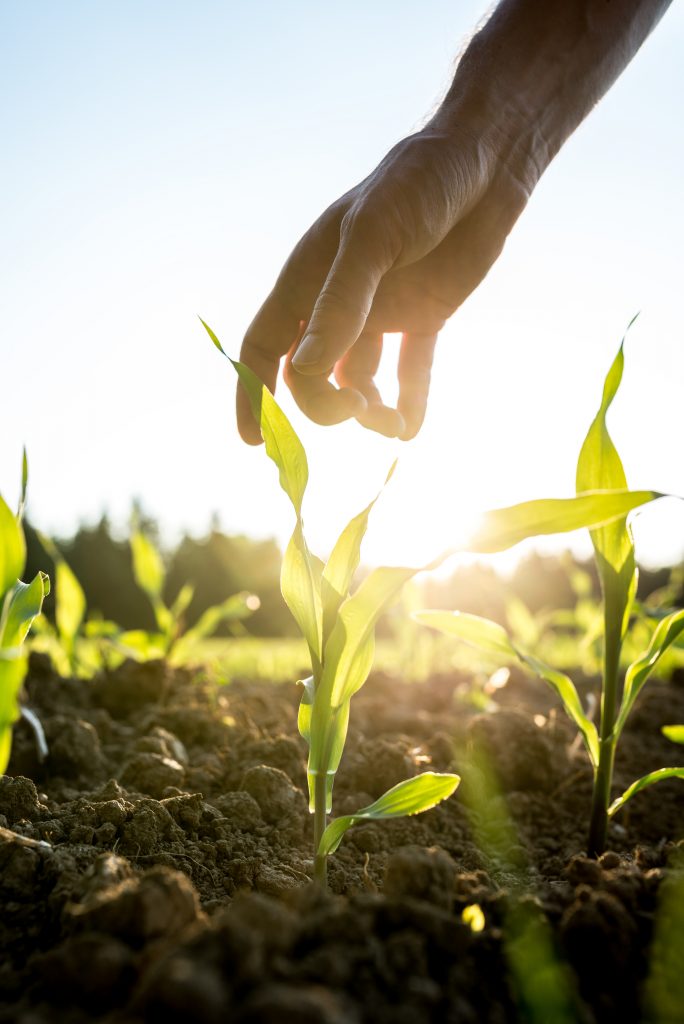 The world’s population is expected to grow by over a third, or 2.3 billion people, between 2009 and 2050. This will not only give rise to an increased demand for food, as a result of more mouths to feed, but will also create other challenges. Increased incomes, economic development of emerging nations and urbanisation will result in changes in consumption patterns and a slow revolution of our food value chain.

Consequently, not only will there be an increase in the amount of food required, but there will also be changes in the types of food demanded, and their relative contribution to diets. Projected demand for protein is of particular interest, with projections that the world demand for animal derived protein will double by 2050, resulting in concerns for sustainability and food security.

At the same time, our planet’s per capita agricultural area is dwindling. Since 1960, it has already been halved. By 2050, it is set to drop another 15%.

Calix’s solutions for Feeding a growing human population can be a major driver of sustainability on a global scale and therefore an important step in reaching the UN Sustainable Development Goals (SDGs).

The challenges of a sustainable food supply chain

All industries will face growing challenges in coming decades, but the challenges to the global food supply chain will be particularly daunting. 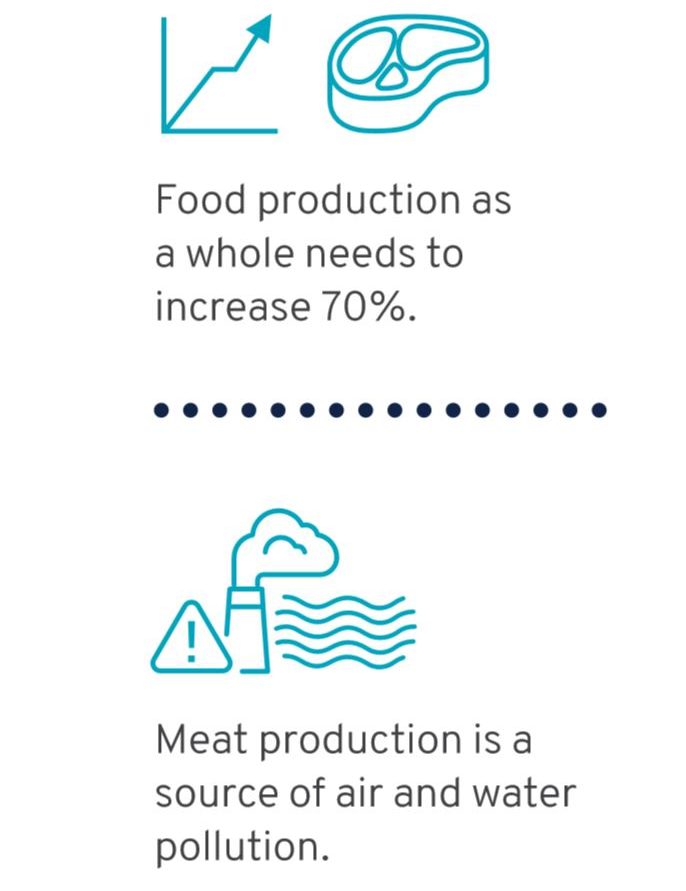 Unprecedented population growth means that food production as a whole needs to increase 70% by 2050. It is time to rethink how we grow and consume our food. If done properly, agriculture and aquaculture can provide nutritious food for all, whilst generating decent incomes to support and protect rural development and the environment.

Meat production is not only resource intensive, but it is also a source of significant air and water pollution. Global meat production is responsible for a significant fraction of all greenhouse gas emissions — between 7 and 18%, according to the Food and Agriculture Organization of the United Nations. 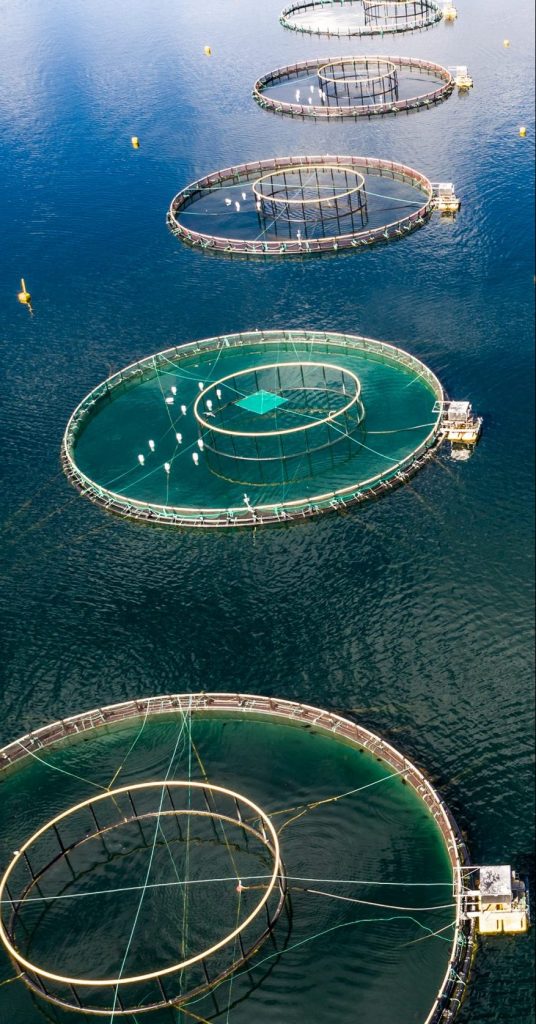 Because of continued human pressure on ocean fisheries and ecosystems, aquaculture has become one of the most promising avenues for increased marine fish production. During the past decade, worldwide aquaculture production of salmon, shrimp, tuna, cod and other marine species has grown by 10% annually.

Aquaculture produces about half of all the seafood destined for human consumption. Most commonly, farming occurs in net pens or cages anchored to the ocean floor near the coast. However, closed systems of tanks or ponds, either on land or floating in water, are also used.

Although aquaculture has the potential to relieve pressure on ocean fisheries, it can also threaten marine ecosystems and wild fish populations through the introduction of exotic species and pathogens, effluent discharge, the use of wild fish to feed farmed fish, and habitat destruction.

Sea-cage salmon farming for example, can result in a decrease of biodiversity, elevated mercury levels in wild fish, and introgression. Introgression occurs when fish escape from salmon farms thus causing a decline in wild salmon population size. These effects are generally localised, but have the potential to create long-lasting damage to the affected ecosystem.

Shrimp farming, which is usually done in salty coastal waters, has been responsible for the destruction of 38% of the world’s mangroves. Mangroves have critical ecological functions including providing food and habitat for many species, preventing erosion, sequestering carbon, and offering protection from storms. Moreover, many shrimp ponds accumulate shrimp waste, antibiotics and pesticides, and without mangroves to filter them, eventually become unusable.

If the aquaculture industry does not shift to a more sustainable path soon, the environmental pressures faced by intensive crop and livestock production on land will be faced by aquaculture. 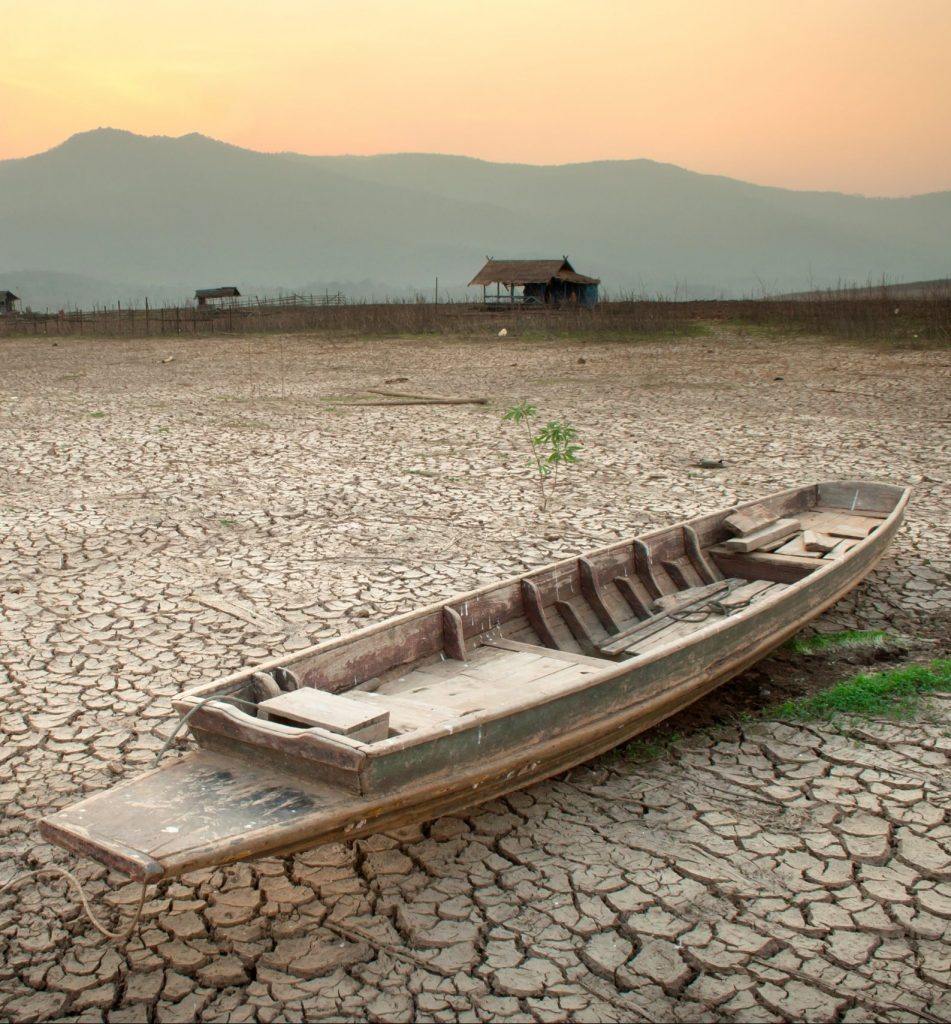 Towards a sustainable future

While the world has recently had a wake-up call over food shortages and climate change, reducing dependence on so-called hard chemicals, along with finding more sustainable sources of energy is becoming increasingly important for the agriculture industry.

Factory farming and the heavy use of pesticides and fertilisers have allowed us to mass-produce more food, including meat, than was previously possible. However, this increased productivity comes at a cost, and has resulted in the pollution of water, soil and air by agrochemicals and manure waste, as well as the use of limited resources such as water and energy at unsustainable rates.

Effective regulation is an essential first step towards innovation and more sustainable agriculture. Existing chemicals and pesticides for agriculture are in the process of being deregistered – especially in Europe – or regulations around when and how they can be used are becoming tighter.

These restrictions require farmers to look for innovative solutions to help them overcome pests and disease in their crops.

With cost and sustainability in mind, Calix has developed solutions to help agriculture and aquaculture improve food production and lower the need for fungicides and pesticides. 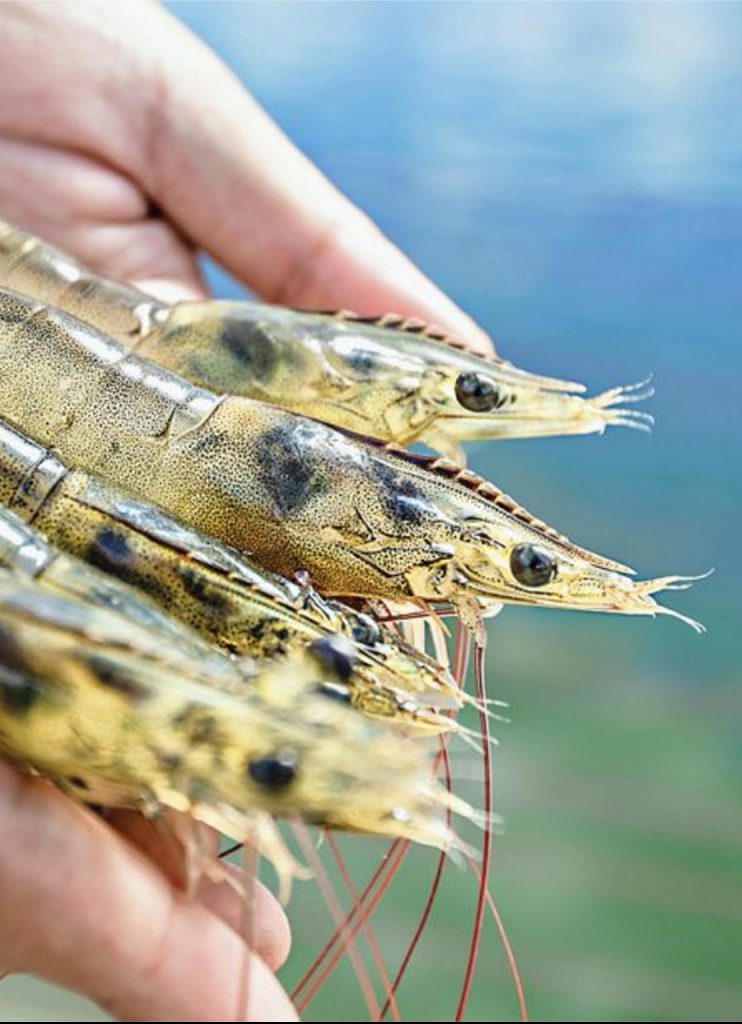 AQUA-Cal+ Responding to a rise in demand for proteins

Livestock food sectors are intensifying production to meet demand, although this comes with significant challenges including overgrazing, water shortages, and loss of natural biodiversity.

It is now recognised that farming of aquatic species (i.e. aquaculture) will provide an increasingly significant response to the global animal-derived protein demand.

Seafood consumption is increasing in many parts of the world, and by 2030 it is predicted that aquaculture will be the prime source of fish due firstly to demands from consumers, and secondly due to depletion of wild capture fisheries.

Calix AQUA-Cal+ is a water conditioner that safely improves water condition, reduces stress on animals and leads to increased harvest weight and survival rates, while reducing energy costs and protecting the environment required to aid in the digestion of organic matter.

Improved water quality => AQUA-Cal+ works as a water and pond bottom conditioner; clarifying the water, controlling ph and releasing alkalinity as required to aid in the digestion of organic matter.

Prawn mortality reduced => Conditioning with AQUA-Cal+ removes iron by flocculation from the water, the turbidity and toxicity are significantly reduced, thus decreasing the subsequent mortality of the prawns. 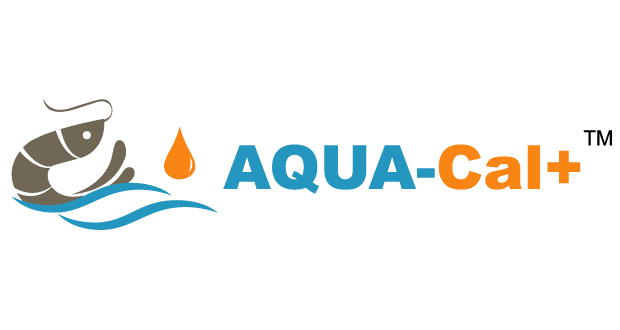 Global population growth means that food production needs to increase by 70% by 2050. It’s time to rethink how we grow and consume our food. If done right, agriculture can provide nutritious food for all, while generating decent incomes to support and protect rural development and the environment.

ACTI-Mag – Peak phosphate and its impact on food supply

Fertiliser that contains nitrogen (N), phosphorous (P) and potassium (K) is known as NPK fertiliser and it’s one of the most valuable resources in the world when it comes to agricultural production. The world’s farmers have relied on phosphorous to grow food for centuries but phosphate reserves are dwindling and experts believe that peak phosphate, which is the catastrophic decline in output of phosphate, could have a bigger impact on food supplies than even climate change.

Improving the sustainability of water treatment

Spraying chemical pesticides remains the main approach to combating pest attacks in many crops. But their future use is under scrutiny because of many concerns, not least their effects on human health and beneficial insects.

Calix has developed BOOSTER-Mag, an easy-to-apply foliar spray that acts as both fertiliser and stimulates a plant’s natural ability to fight disease and pests. It demonstrably provides a substantial safety, simplicity, sustainability and productivity benefit.