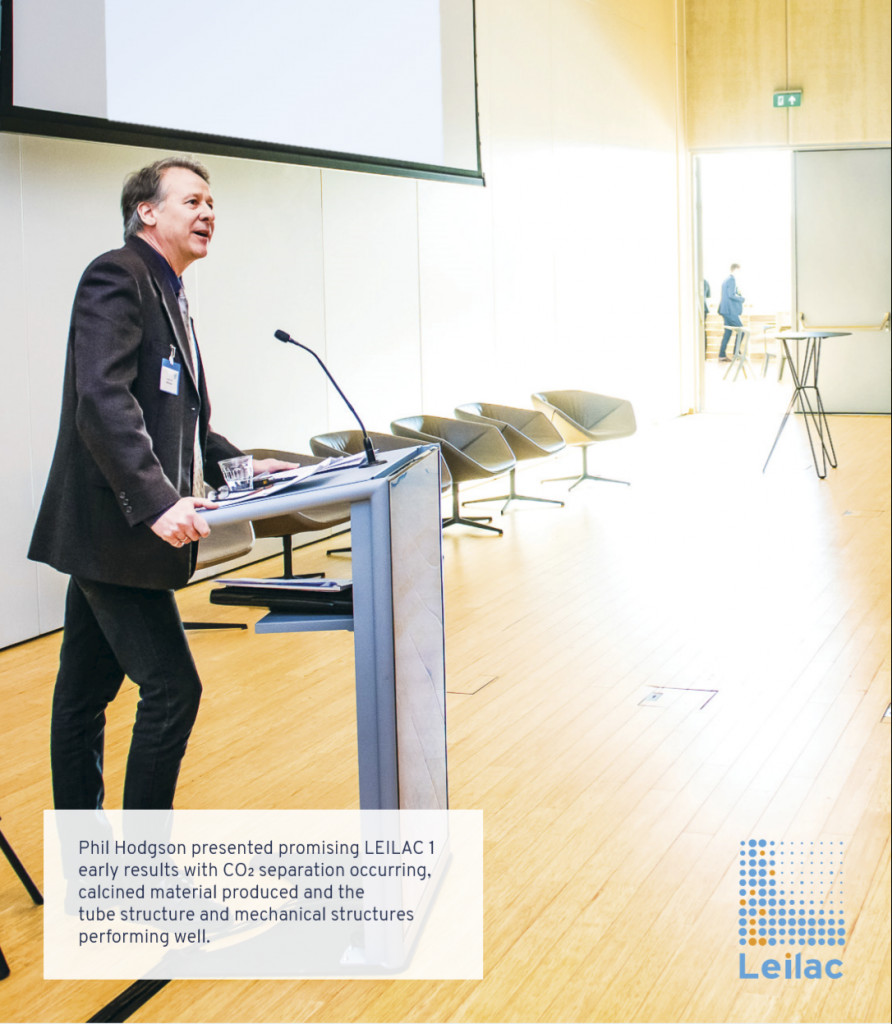 The Innovation in Industrial Carbon Capture Conference 2020′ was held in January this year, which brought together nearly 200 attendees. Policy makers, civil society, financiers and industry were invited to discuss the challenges facing the global community, and the role of the cement and lime industries. Following a welcome address by Calix, Hans Bergman, Head Unit ETS Policy Development at the Directorate-General for Climate Action (which leads the European Commission’s efforts to fight climate change at EU and international level) provided an overview of the key EU policies and instruments for implementing its 2050 roadmap for climate neutrality. The EU Green Deal was discussed, and carbon capture and storage (CCS) was clearly and repeatedly viewed as an essential part of addressing unavoidable emissions.

The forum then investigated the role that innovation and carbon capture may have in attempting to address those challenges – before examining the concrete actions being taken both by Calix and the LEILAC consortium, discussing the latest knowledge in the industrial application of carbon capture technologies, sharing key learnings, and developments in industrial carbon capture and storage.

The initiatives and projects that are being developed across Europe in support of industrial innovation and decarbonisation were presented – including LEILAC, TCM Mongstad, CLEANKER, Oxyfuel, FastCarb, Norcem CCS, Northern Lights, Porthos project, and Recarbonisation RCF: representing a diverse range of actions.

Project Engineer Simon Thomsen and a 3D printed model of the LEILAC pilot plant at the Heidelberg cement plant in Lixhe.

The positive results of the LEILAC1 pilot were presented, as well as the testing program for the remainder of 2020 (www.project-leilac.eu). The plans for the next LEILAC Project at another cement plant in Europe were briefly discussed.

“there is a genuine competitive opportunity for those bold enough to grasp it.”

The Innovation in Industrial Carbon Capture Conference in Maastricht gathered nearly 200 experts from industry, research and government to discuss the role of carbon capture, utilisation and storage (CCUS) in a context of climate emergency.

The Innovation in Industrial Carbon Capture Conference 2020′ was held earlier this year, bringing together 200 attendees, hosted by @ProjectLEILAC